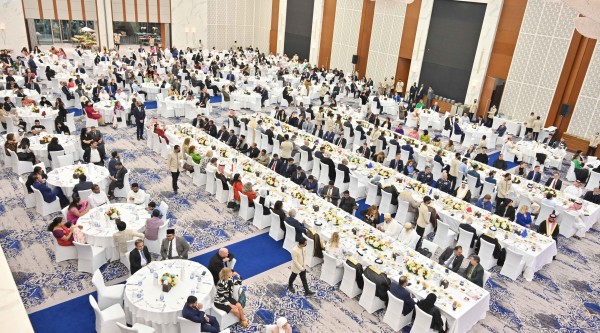 The conference, organized by foreign parties, was to meet the desire of some British lords and advisers. Its timing was studied, as it comes ahead of the electoral due date (parliamentary and municipal), in which the country's partners are not included. On the other hand, policy and decision makers in Bahrain, the European Union and representatives of civil society participated in the event, as reported by the official media. In fact, the country's real policy and decision makers will not, of course, be present. They are outside in the corridors of Bahrain's allies from the United States, United Kingdom, the Arab Emirates to Saudi Arabia.

As for the stated objectives of this conference, it is to establish the foundations of an organized dialogue to deepen the common understanding of freedom of religion and beliefs, and to promote human cooperation on the principles of pluralism and diversity.

This seems sound and reasonable, as it takes into account human rights as well as religious freedoms, and may have a great impact on the international community. The objectives of public relations parties at home and abroad, on which the Government of Bahrain spends millions, have always been public relations campaigns, in an attempt to whitewash Bahrain's image before the world. But at the same time, it is hard to believe such a thing, especially when noticing the audience, speakers and participants and their statements.

The Freedom of Religion and Belief Conference was attended by ambassadors, ministers, members of the Shura Council, and clerics of various religions. The presence of figures from the service sectors, such as the Undersecretary of the Ministry of Health, and the Chairman of the board of directors of the Amplify Sickle Cell Voices International Inc was noteworthy. The Bahraini authorities can find several legal and media loopholes for the correlation between the titles of attending figures and the conference title, as it finds a pretext for the absence of personalities and parties concerned in religious freedoms, or at least those representing the majority of the population: members of the "dissolved" Al-Tawiya Society, the "dissolved" Ulama Islamic Council or the religious scholars from the Shiite community who represent more than 70% of the people of Bahrain. Wasn't the conference a real opportunity to expand the internal horizon with those who represent the majority of the Shiite community, which is one of the sects that believes the most in religious pluralistic and peaceful coexistence, although they are the most vulnerable to discrimination?

The answer to this question may be in the speech of Board of Trustees Deputy Chairperson of the King Hamad Global Centre for Peaceful Coexistence, President of "This is Bahrain" society, Betsy Mathieson, during the opening of the conference, where she stressed that Bahrain continues to provide a model for peaceful coexistence between religions, reviewing her experience as a Christian woman in moving to reside in the country for 42 years. The woman, who was part of the delegation that visited Palestine in 2017, holds an administrative position at the Centre for Peaceful Coexistence, which has always promoted normalization with the Israeli entity. The Centre also welcomed Bahrain's signing of a peace agreement with Israel, describing it as a historic diplomatic achievement for the kingdom.

"You can tell a book by its cover"...It was clear that the "Freedom of Religion and Belief" conference wanted to expand under a legal human rights umbrella, since the opening day; promoting relations with Israel from the perspective of tolerance, coexistence, peace, religion and belief. With only this entity, the horizons become legitimate. As for the partners of the homeland, it is enough that one of Bahrain's leading scholars, Ayatollah Sheikh Isa Qassim was not present and Sayed Abdullah Al-Ghuraifi was not also invited, in the light of  the absence of the man of peace, the Secretary-General of Al-Wefaq, His Eminence Sheikh Ali Salam, who is unjustly arrested.

Efforts and funds spent at this international conference, held in cooperation with the European Union, and which is likely to become an annual event, reveal the need for the authorities in Bahrain to re-whitewash their image in international forums, especially after successive global and human rights accusations in this regard, the last of which was the adoption of the European Union Parliament a draft resolution condemning human rights violations in Bahrain, after an overwhelming majority voted in favor. In its annual report, the U.S. Committee on Religious Freedoms (USCIRF) also stressed that Bahrain continues to practice discrimination against Shiites in government jobs and some public services, noting that in some areas, authorities continue their acts of discrimination and repression against the Shiite community on the basis of their religious identity, including the exploitation of the Coronavirus pandemic to restrict the sect's rituals, and the continued targeting of sect's scholars, men and youth and imprisoning them on charges related to freedom of opinion and expression over their religious affiliations.

Based on Article 18 of the Universal Declaration of Human Rights and Article 18 of the International Covenant on Civil and Political Rights, defending and protecting religious freedoms in Bahrain is essential, and the authorities are now required to implement the BICI recommendations and spread a culture of respect for the religious freedoms of the majority and minorities.

Not inviting the opposition for such a conference and the absence of the clerics who represent the popular majority is a continuation of the official approach to target and restrict the sect, and today it is working on a project to formally control religious discourse, which the EU should be aware of through considering  the attendees of the conference and noting their statements and their impact on the Bahraini field.

With geopolitical changes and changing of international and regional alliances, it is time for Bahrain to expand its internal horizon and complete its recent initiative (the king's invitation of Sayed Al-Ghuraifi) to open the door to serious dialogue and genuine respect for religious freedoms. This will be enough to whitewash its images without flooding the state budget with parties and public relations.

Will the authority's intention be to integrate all community components into the next conference? A question to be answered by the authority.