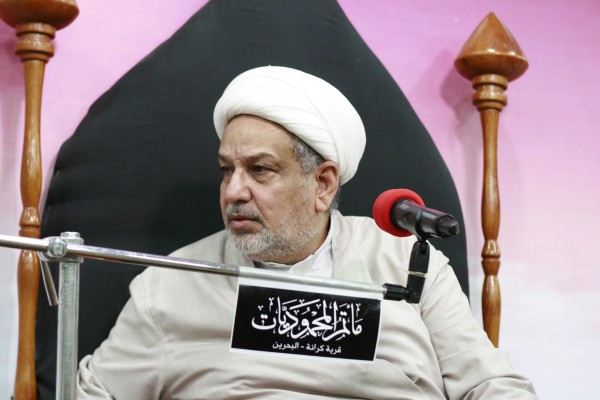 Bahrain Mirror: The Cassation Court upheld on Monday (August 24, 2020) upheld a one-year jail term against Shiite cleric Sheikh Abdulmohsen Mulla Atiya Al-Jamri over a religious lecture he delivered on the onset of 2020.

The authorities accused Al-Jamri of insulting Muawiyah Bin Abi Sufyan because he said "history books are full of figures that have no value to humanity and morals like Muawiyah and Banu Umayya".

Authorities pursue Shiite clerics for their religious lectures, accuse them of insulting figures glorified by another sect for speaking about Yazid ibn Muawiyah, the murderer of Imam Hussein, or for talking about other historical figures, in an attempt to religiously restrict the Shiite majority.