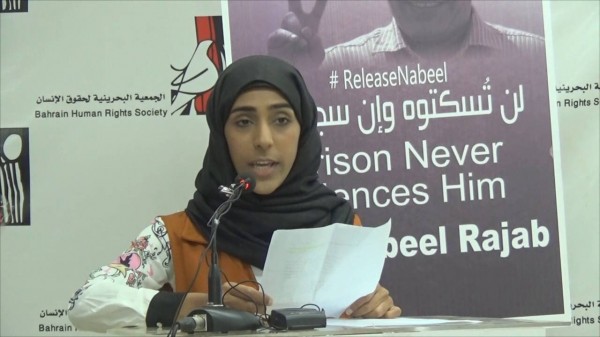 Al-Khamis said via her Twitter account that the Bahraini passports directorate stopped her for one and a half hours at the ground entrance upon her return from Mecca, adding that "this is the second time I get stopped and the procedures [of my entry] and of those accompanying me get hindered without receiving clear justification or being allowed to ask about (the reason for the arrest). What worries me is the continuous attempts to target me."