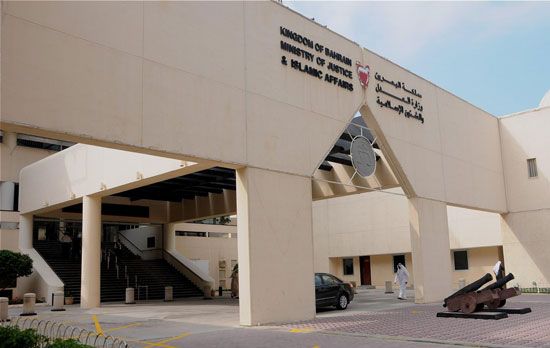 Bahrain Mirror- AFP: A Bahrain court Tuesday sentenced 115 Bahrainis to jail terms ranging from three years to life and stripped them of their nationality for forming an Iran-linked "terrorist" group, the public prosecutor said.

A judicial source told AFP the group were all members of Bahrain's Shiite majority.

The defendants were found guilty of forming the "Zulfiqar Battalions", which the court said had received training in Iran and Iraq from Iran's Revolutionary Guard with "the intent to commit hostile acts" against Bahrain.

According to a statement by the public prosecutor, the group had hidden weapons, tracked targets and planted homemade bombs "with the intent of killing security personnel", though no casualties had resulted.

The majority were sentenced to more than a decade behind bars, including 53 who were handed down life sentences. Twenty-three other defendants were acquitted.

The prosecutor said 86 of those sentenced were in detention, implying the rest are on the run.

Sunni-ruled, Shiite-majority Bahrain has stripped hundreds of its citizens of their nationality and jailed dozens of high-profile activists and clerics since protests demanding an elected government erupted in early 2011.

The opposition Bahrain Institute for Rights and Democracy (BIRD) denounced Tuesday's proceedings, which it said brought the number of Bahrainis stripped of their citizenship to 719 since the crackdown began.

The Bahraini government has accused Shiite Iran of backing the protests and attempting to overthrow the government. Tehran denies involvement.