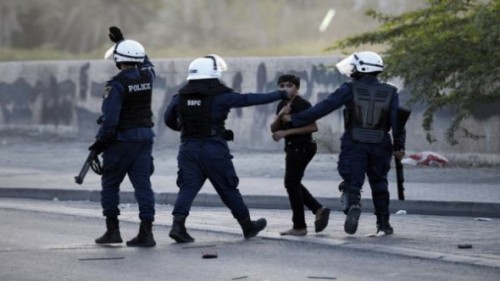 According to activists, the authorities arrested Sayed Ali Sayed Hussein (18 years) from Sitra, Mahmoud Ibrahim Edraboh (19 years), after raiding one of the stables in Saar, and Haj Ahmad Hassan Muftah from Tubli, after besieging a garage he was inside it.

The authorities arrested Abbas Ahmad Serhan (from Al-Ekr village) from Bahrain International Airport, Hussein Younes from Bani Jamra and Salman Abdulhussein Al-Nakhla from Al-Dair, after his house in Hamad Town was raided. Hussein Ali Shaaban from Diraz was also arrested in a house raid.

Besides, youth Ali Muslim from Wadiyan was arrested from a coffee shop after the security authorities besieged it.