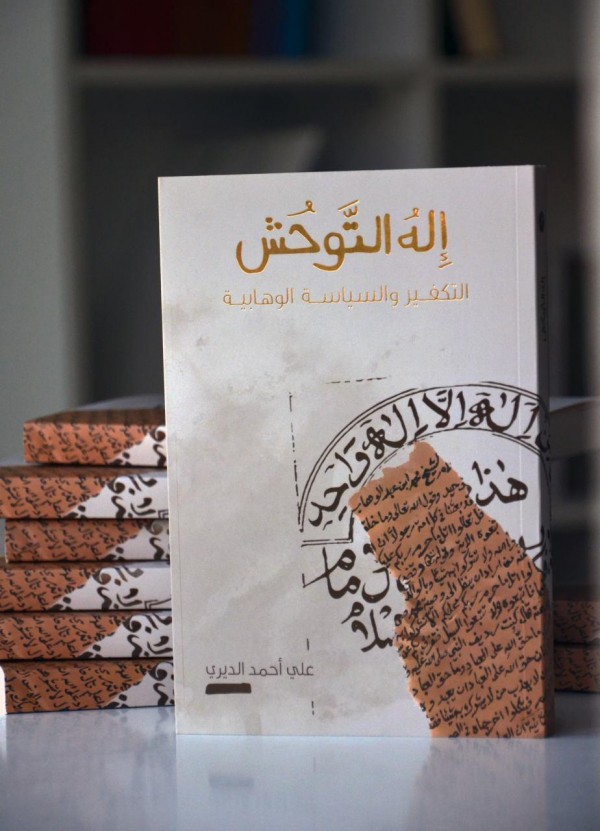 Bahrain Mirror: From his exile in the Canadian city of Windsor, Bahraini critic Dr. Ali Al Dairi issued his new book "God of Monstrosity: Takfir and Wahhabi Politics"; an extensive research that seeks reading the political and ideological context of the Wahhabi Takfir, during the first Saudi state experience.

The book was launched by "Awal Center for Studies and Documentations" at its booth at the Beirut International Book Fair (Beirut, Lebanon), at the beginning of this month (December 2016). Dr. Al Dairy's book comes as a sequel to his book "Texts of Monstority: Takfirism from Seljuk Orthodox to the Salafism of Ibn Taymiyya".

Bahraini academic and critic Ali Al Dairi, PhD, has been working in the domains of rhetoric analysis, philosophy and language for over a decade now. His Bahraini citizenship was revoked by virtue of a Bahraini royal decree in January 2015, for reasons linked to his political opinions.

In his new book, Al Dairi discusses the story of establishing the First Saudi State 270 years ago, by Mohammad bin Saud, and Mohammad bin Abdul Wahhab, illustrating it in its intellectual context lasting until today.

Dr. Al Dairi indicates in his book's introduction that through the texts of Mohammad bin Abdul Wahhab, he seeks to prove his hypothesis pertaining to "Texts of Monstrosity"; a hypothesis that states that Takfirism is a "murder project swayed by a political crisis", thus tripping humankind from human traits (blood, money, soul, mind... etc.) for political means.

"Mohammad bin Abdul Wahhab realized that a library alone cannot turn a takfiri text into a murder act. Therefore, he blasphemed them [the libraries] and started seeking a power that makes his rhetoric a fierce beast in the Najd Desert. He wanted to grow fierce claws for the Takfiri texts, and so came [the Emirate] of Diriyah, came to be," the book states.

Dr. Ali Al Dairi believed in his book that the Diriyah document (agreement) between Mohammad bin Abdul Wahhab and bin Saud, is based on "Blood for Blood and Demolition for Demolition", and is "a coalition between the God of Monstrosity and the sword of brutality".

"God of Monstrosity: Takfir and Wahhabi Politics" is available online in Arabic on: