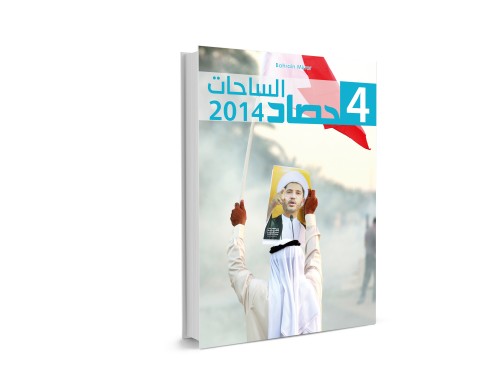 The book's introduction, the 4th part of a series that Bahrain Mirror started publishing since 2011, read "In the outcomes of the fourth year, we put in your hands the uprising's timeline in both its big and small details that recount the story of this conflict."

The book published in both, Arabic and English, is a tour through the most significant events of 2014. It also includes the full political timeline of incidents, statements and protest activities that took place in 2014 and that Bahrain Mirror monitored and documented.

The book, in particular, talked about Al-Wefaq's Secretary-General, Sheikh Ali Salman, whose arrest was one of the most important incidents concluding 2014.

In this regards, the book's introduction said: "2014 started in Bahrain with a photo joining the Crown Prince with Al-Wefaq's Secretary-General, Sheikh Ali Salman. The headline was holding talks to revive conciliation and dialogue. The Crown Prince kept on reiterating the same words; this meeting is an initiative made by King Hamad bin Isa Al Khalifa. The year ended with an initiative too. No one; however adopted this initiative, which was the arrest of Sheikh Ali Salman."

It is noteworthy that "The Field's Outcomes" is the third book published by Bahrain Mirror within the framework of its book publications plan of 2015. It also published "ISIS Are Among Us...The Bahraini Government and the Rise of Jihadi Islam" at the onset of September, in addition to "The Bahraini Judiciary: Terrorist Pretexts Versus Democratic Demands" that was published in May 2015.

The Office of the United Nations High Commissioner for Human Rights (OHCHR) has recently added "The Field's Outcomes" series to its electronic library.

The book comprises of two parts: "The Uprising's Memory" and "The Uprising's Fields". The first part included: Bahrain and Malinoski, Return of Nabeel Rajab from and to Prison, From Trial in Britain to Triathlon Race, Al-Diah Blast and Killing of Emirati Officer, Pakistan, the King and the Naturalized, Officer Scandal, The Martyr Al-Abbar: 80 Days in the Morgue, Gamma and Hacking of Bahraini Government, South Korea and Tear Gas Cargo, Bahrainis in leadership of the so-called Islamic State in Iraq and Greater Syria (ISIS), End of Dialogue with the Crown Prince, Failure of Parliamentary Elections, Return of the British Colonizer, Raid of Shiekh Isa Qassem's House, Sheikh Ali Salman: From Dialogue to Prison. 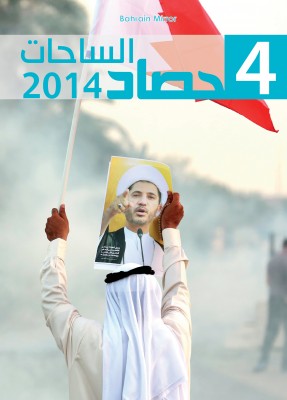